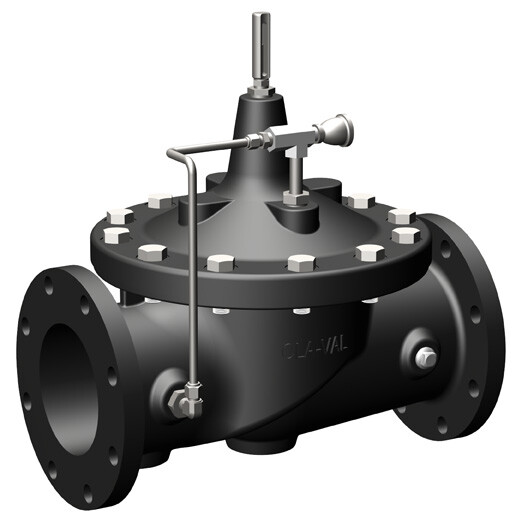 Should the diaphragm become damaged the valve will close tight, providing "fail safe" operation. The 129AF-1 is controlled by a CFM2 float actuated pilot mounted near the high level shut-off point in the tank. The float pilot control is a precision-lapped plate type valve actuated by a float attached to a lever arm.

The Model 129AF-1 is typically installed in the fill-line to either underground or above ground fuel storage tanks. When the float is down, the valve is wide open, allowing tank filling. As the float rises, flow through the pilot control is slowly throttled, which causes the main valve to throttle smoothly to a tightly closed position when the tank is full.

Save this product for later
Display prices in: ZAR