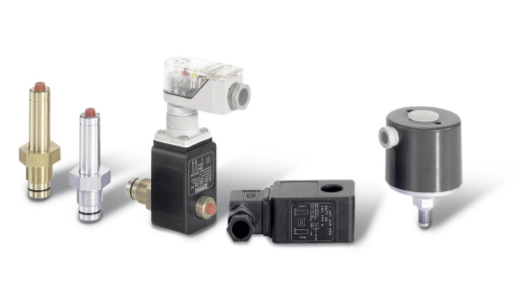 The closer the pole-springs move towards each other, the stronger is the force with the magnets mutually repel, until finally the red button on the indicator pops out

This red button remains visible until it is pushed in during the daily check which is to be performed while the plant is at operating temperature. If the button pops out immediately after being pushed in, the filter element must be replaced latest at the end of the shift.

This optical function may also be used for generating contactless electrical signals. For this purpose an electrical upper part is pushed over the hydraulic/optical part. This upper part incorporates all electrical switching elements.

Save this product for later
Display prices in: ZAR